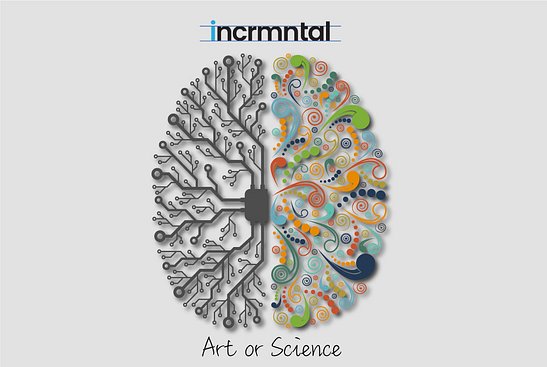 I think it's a combination of both. You could claim that it's more of an art on iOS, and more of a science on Android. When I think of the difference between art and science, it's about interpretation, the beauty is in the eye of the beholder, so to speak. And so, you know, because you don't have deterministic tracking anymore (referring to the IDFA deprecation), you have to sort of take a little leap of faith and say “How am I interpreting this information?” I'm using incrementality, I'm using these tools, I'm using whatever internal system I have, but at the end of the day, I believe this to be true, because the attribution no longer allows you to take a deterministic approach.

I think it's both. Marketing has a strong creative dimension. I mean, you still need to attract people, you need to understand the psychology, so there's a lot of art there. We have a lot of discussion internally about our vision and how much we want to invest in automation. I keep telling everybody that we're not going to have an empty big room with one person that hits an enter button. I don't think this is possible in marketing. But then there's the spectrum of opinions, and some say it might get closer to that. I say, No, it will never get to that. Because this is the creative aspect, the artistic aspect. Art is in the foundation, but science connects the dots.

I would say it's a mix of both. Because in some way, it's art, how you package messaging, how you understand reaching the consumer, this involves art in really putting the creatives together. I think it’s also art to really understand how Facebook ads works, how a new channel like TikTok evolves, and how you could leverage the power of such a channel. Understanding how technology helps you in determining which marketing dollars get you revenues.

And at the same time, it's somehow science because consumers are driven by basic psychological constraints. There’s a lot of science in crunching the numbers, in creating LTV modeling, trying to understand customer lifetime value, and trying to predict it with big data.

I would say both because you use science to create art.

But if we’re only talking about UA (User Acquisition), it needs to be more of a science than art. You need to know the direction you’re going – but the same would be for art. No? So I would say that marketing is the science of art.

I think it's both. I think it's quantitative art, which I know sounds strange because art is supposedly subjectively priced. But is it? There is a marketplace and there is supply and demand, usually less supply and more demand increases the price.

I think it's always a little bit of both. I think the performance marketing industry clearly has a lot of science. But the art is never going away from it. Even the most hard core numbers driven performance advertising is still at least 20 to 30% art.

It's both. I mean, if you come from my background, it is a science. Because there's a lot of numbers involved, and you have to understand these numbers. But if I look at the whole branding area, it's art. We as “techies”have to make sure we can support the brand with data, visualization, recommendations, and reinforcements, but in the end, the message and the creative are still the one that needs to be attractive to the customer.

I think marketing is more of a science in the sense that marketing at its core is about trying to understand people, their decision making process, habits, preferences. At the same time, I can see why a lot of people would say art, because there is obviously a lot of creativity when it comes to ads and copywriting. When I think about art, it has so much to do with the artists themselves, but as a marketer, it's never really about you. It's not about what I like, or the creative that I like – it’s what You like that makes the creative good or bad.

I think it's an art, that kind of wants to be science. Marketing is about persuading people. And it's not so easy. Like, how do you talk to thousands of people telling them that you have a product that might be a good fit for them? I think there's always storytelling involved in that. And if you can have the best data scientists and like best numbers, the most accurate ones, and they help you, of course, understanding this human psychology aspect that we talked about, but in the end, if you don't have ideas on how to talk to the people, then, I think you're still lost. I think that the science is the supporting aspect, but without the art, you wouldn't get anywhere.

I would say it's more of an art. And I know that most people actually will say it’s either “both” or “science”, but I actually think it's an art. Think about photography: I can take a picture of something or someone you know, I can learn the best settings to use on my phone or on my camera and try to optimize that as much as possible. But that doesn't make it art. Someone else can come and take a beautiful photograph that is completely different to what I've taken and  turn it into something that's more artistic. I think it's the same with marketing. A lot of us can really follow the established best practices in the industry, we can optimize as much as we want but the reality is it all has to start from somewhere. And I think that that is the artistic side of it.

The other analogy I can think of is Art forgery. If someone is an incredible art forger – does that mean they are a great artist? Technically they are equally as good of a painter, but what makes the best marketers the best is that they are the artists who create, while others just copy.

Is Marketing an Art or a Science?

My entire career has been in the digital marketing space, since the early 2000’s. Excel is like a second language for me. Surrounded by advertising and creativity, I recently started asking the question: Is Marketing a form of Art or has it been refined, made into a recipe, and even commoditized to a sort of science?

In our podcast series “We’re All Mad Here”, I’ve asked this question to each of our guests. I wanted to collect their answers here, and summarize my own learning and try my best to  answer this question.

What is my opinion ?

I believe that marketing is a form of art, which becomes quantifiable based on objectives. Given that science is objective, marketing has been the unique outlier that is both art and science intertwined in harmony and chaos at the same time.

Companies are able to quantify the value of creative assets – images, copy, video, through the use of technologies such as INCRMNTAL.

A few words about NFT

It’s impossible to ignore NFTs when talking about art and science. NFTs have given value to digital art, and will be transforming the world of digital marketing to places that we cannot yet even imagine during the time of writing this post.

Imagine a world where creatives can be the asset not only for the campaign, but also become assets themselves. While currently we are witnessing NFTs mostly in the gaming sector – companies across all industries are making their way to the NFT world by leveraging creative and artistic assets in their portfolio.