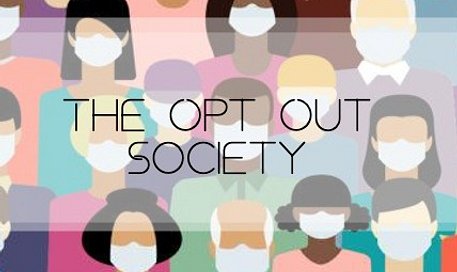 Google to Prevent App Developers from Using Advertising ID for Any Purpose Following User Opt-Out. Our predictions were correct. See at TheBigTech

We Are Ready For The Apple IDFA & Google GAID Deprecation. Are You ?

Data & Privacy concerns have reached a tilling point. No one wants their data exposed and shared to the highest bidder (pun intended 😬)

Apple is deprecating the IDFA, making it an opt-out by default and eliminating the ability for fingerprinting without user consent.

If you are a mobile marketer – none of this should be new for you. You are probably stressed, as while Apple delayed the IDFA change – you know that this is inevitable.

Privacy has been a buzzed up topic in the media for the past years. Platforms like Facebook, Google, Amazon and so on, where users willingly share private information have been scrutinize by media for monetizing on this data. Data breaches, Political Interference, Anti-Trust and Anonymous User targeting were painted in the same brush by privacy advocate groups and the media rode this wave.

The EU took some extreme steps with establishing the General Data Protection Regulation (GDPR). California did similar with CCPA .

The New York Times launched “The Privacy Project” – a 1984 styled series of articles showing how location data can be used for harm.

Even if 99% of the adtech industry is ethical enough to protect user privacy – the regulation comes against the 1% that isn’t, and the 1% who means harm.

Some skeptics and cynics say that Apple doesn’t really care about privacy, and that deprecating IDFA is just a way for Apple to disrupt and take a larger chunk of the $200B Mobile Advertising pie.

My opinion is that while privacy concerns have been the causality, while Apple Search Ads benefit has been the correlation, or opportunity, in this circumstances. The Apple’s Privacy Ad maybe is an over exaggeration – but it does sell more devices in a time where users are concerned about their privacy.

Google Will Follow. Google Advertising ID (GAID) Is As Good As Gone

About 80% of Google’s revenues come from Advertising, and while Apple’s Ad-Revenue is not specifically reported on – we can all assume it is not 80% of Apple’s revenues.

The ability to target, predict intent and leverage on user search and internet behavior data has been in the core of Google’s advertising products. From Maps to Search, from Gmail to Docs. Hell – they own Android!

I personally give it 1 year until Google announces something similar to IDFA deprecation with GAID.

Attribution Companies Will Have A “Workaround”

Many marketers are working with the attribution companies to consolidate data from SKAdnetwork and the users who would consent to tracking.

Some solutions offered including using IDFV (Identifier for Vendors) in combination with an IP to attempt user level tracking.

Some suggested wrapping the SKAdnetwork call outs so that the MMPs can still process and get the postbacks from Apple directly.

It is still unclear how the setup with attribution will be. What could be a safe bet is that Apple will not allow “workarounds” for user level tracking.

What ARE Marketers Doing ?

Almost all marketers we spoke with are somewhere on the Kubler-Ross Grief Cycle:

Why Do We Feel That We’re Ready For This Post IDFA / GAID World ?

To be perfectly honest – we’ve been ready for this change even before it was announced by Apple. Apple’s announcement, deprecating IDFA was insignificant for us.

Common questions we get:

So what is our solution ? Why are we so READY ?!

Incrementality CANNOT BE MEASURED ON A USER LEVEL. We already wrote about the marketing funnel and our opinion about “deterministic attribution”.

Our approach to incrementality measurement has always used aggregate data, statistical modeling, algorithms and innovation in AI to score incrementality, cannibalization, by finding the causality in marketing activities.

What INCRMNTAL does is attribute the correct value (or lack thereof) of spend by learning the independencies and differences caused by changes in the activity in an on-going basis.

Apple’s announcement, and Google’s future announcement, makes no real difference for us, as we have never attempted to claim “determinism”, “forecasting incrementality” or discrediting how attribution is done.