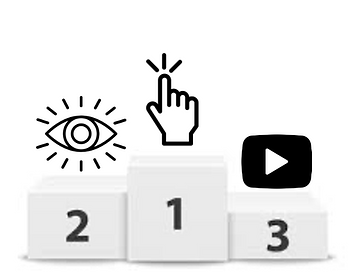 Here, almost no one answered correctly. The answers varied between “everyone would claim” to only Facebook and Twitter would claim as the ones generating the install.

Yes - the same install would have appeared in 4 different platforms.

What is more interesting is that if we would have replaced Applovin, Unity, and Vungle with: Amazon Ads, Apple Search, Pinterest, and/or Snapchat - ALL would have claimed the attribution.

Some of the largest media vendors, those accountable for up to 80% of budgets spent are Self Attributing (or Self Reporting , SANs, SRNs).

The MMPs role is to deduplicate the claims and declare a clear “winner” based on who touched the user last, alongside the attribution model in respect to the weights of this or that impression or click.

Now that you understand the complexity of Attribution, Lets ask the real question: Who CAUSED the Attribution.

To demonstrate this, lets try and add context to the user journey:

Most people recognized that Liftoff would win the attribution in this scenario. A click event is a clear sign of intent, and the fact that the click contained a device identifier, enables an MMP to match between the click and the install in a deterministic way rather than adding probabilistic logic to the process of attribution.

Who Claimed the Attribution

The quiz was somewhat more difficult, when we asked - “who CLAIMED the attribution?”

In this example, it is much less straightforward to determine who should get 100% credit for the install.

One could claim that ALL vendors contributed to the install in some way.

One could claim that only Twitter should receive credit.

One could claim that the seeing a video served by Vungle, clicking the end card and making the decision to install 3 days later, had the most “weight” towards the user intent.

One could also claim that Facebook and Google, had no right to claim the attribution.

Last Touch attribution is not a great way to measure causality.

It’s a great proxy allowing a marketer to run optimization in real time.

Winning, Claiming, And Causing Are NOT The Same

(And why Marketing is anything but deterministic...)

Assuming you set up your attribution well. Assuming you’re working with some of the best media vendors, those with direct access to publishers, those who are well known in the market as not opening their gates to bad publishers - does that give you safety that your marketing mix is adding value ?

But it is not as straight forward, as Attribution providers (MMPs) use various ways to select who should win the attribution based on the parameters arriving with impressions or click events.

That means that a click that carries more data gets a stronger “priority” in the attribution model vs. a click with less data.

Who Won the Attribution

We ran a quiz asking people - “who WON the attribution?” using current last-touch-point attribution mechanics, where various events had different parameters included. Some with device identifiers (IDFA), some only with IP, some with no identifier data.